Yours truly now sports the FRSC behind her signature, as a proud Fellow of the Royal Society of Canada. How did we get there? The National Gallery of Canada, with its icecube structure of glass and granite, at 380 Sussex Drive in Ottawa, was the site for the Induction and Awards Ceremony organized by the Royal Society of Canada (RSC) on Saturday, November 28. Here I sat among seventy New Fellows who had made a name for themselves with their groundbreaking scholarship. They were writers, phoneticists, linguists, musicians, historians, chemists, psychologists, and scientists.

The New Fellows were cordoned off into a waiting area, and asked to step to the right to have their photograph taken. "Are you a New Fellow?," a staff member asked the elderly gentleman in front of me. "Apparently so," he answered.

After the pictures and orientation session, the scholarly luminaries were ushered off into a waiting area and split into three rows reminiscent of the efficient kindergarten line-ups before heading into class. When we were asked to hand over our bags and briefcases, so we had our hands free to receive the certificate, I tried to plea for my handbag, but the staff member’s Nurse Ratched-like persistence won, and I soon found myself sans handbag marching in single file into the Induction Hall, where the audience of circa 200 was already waiting. We stood while the national anthem was being sung, before individually crossing the stage when our name was called up. Think convocation sans hoods and colors : each fellow stood centre stage on the large X while the citation was read, before crossing the stage to shake hands with the RSC President and sign the charter book. Some new fellows were a little awkward standing on the stage, and some forgot to turn to the camera, but after a while the procedure developed a smooth rhythm.

Winnipeg poet Lorna Crozier and historical writer Charlotte Gray, who were also being inducted, wore colorful designer dresses. It was a bit like the Oscars for academics followed by a reception at which Ryerson Dean of Arts Carla Cassidy, dressed in black and a beautiful red top, was by my side and introduced herself to some of the guests by saying, pointing to me: "I'm her boss." We re-connected with Sarah McCabe, Vianne Timmins (now President at the University of Regina) and her husband Stewart; we met Joanna Carlberg, whose husband Raymond, an astrophysicist, was also being inducted as a new fellow.

At 7 pm we made our way up the gallery for the banquet overlooking the Rideau Canal: our Ryerson table included Ryerson President Sheldon Levy and Tracy, Tas Venetsanopoulos, Carla Cassidy, Bruce Elder, Sarah McCabe, Jean-Paul and myself (See photo). It was a memorable evening with speeches and an exquisite dance performance by a group of native artists. When Jean-Paul and I arrived back at our room at the Indigo Hotel, there was a bottle of Champagne on ice, along with a nice card from Sheldon Levy. Needless to say, we did not travel back to Toronto with the bottle intact—though I kept the cork as a souvenir. 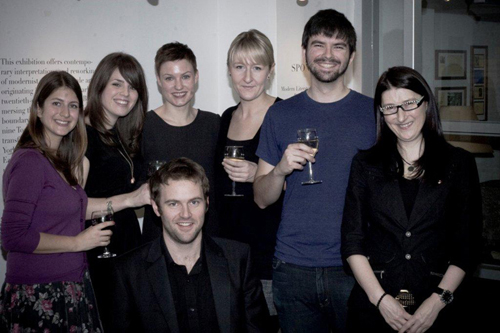 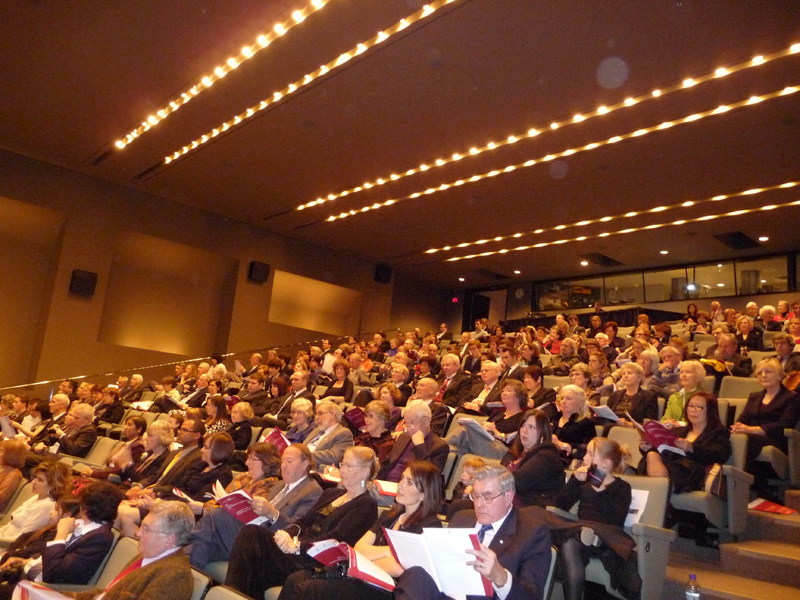