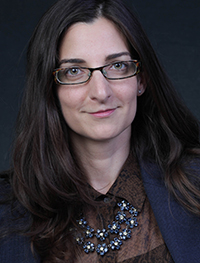 Dr. Alma Mikulinsky holds a PhD (2011) from the University of Toronto. Her research interests include early-twentieth-century European art and contemporary Middle Eastern art. At the Modern Literature and Culture Research Centre, under the directorship of Dr Irene Gammel, she is working on a scholarly monograph entitled "Picasso on Display: The Public Life of Pablo Picasso's Sculptures," which challenges the misconception that Picasso's sculptures were virtually unknown until the end of the artist's life. This study demonstrates that these works had a complex public life during the 1930s and 1940s: they appeared in exhibitions and world fairs, were displayed in the artist's studio, and photographed and reproduced in journals and catalogues. The book examines the different platforms in which these works appeared and analyzes the impact that each site of presentation had on the sculptures' meaning and their critical reception. The recipient of numerous research fellowships, including one held at the University of Hong Kong's Society of Scholars in the Humanities (2011-2013), she is also curating an upcoming exhibition of Picasso's ceramic oeuvre (2014). She lectures internationally at various academic and cultural institutions, including the Art Gallery of Ontario, where she has delivered talks on the European avant-garde.