Author’s remarks will begin at 7:00 pm and shortly thereafter Elder will be interviewed by Jim Shedden, arts critic, and programmer, and Director of Publications at the Art Gallery of Ontario

Cubism and Futurism were closely related movements that vied with each other in the economy of renown. Perception, dynamism, and the dynamism of perception—these were the issues that passed back and forth between the two. Cubism and Futurism: Spiritual Machines and the Cinematic Effect shows how movement became, in the traditional visual arts. Further, it explores the role of the cinema in amplifying this interest, by demonstrating that with the advent of the cinema the time was over when an artwork strived to lift experience out the realm of flux and into the realm of the changeless eternal.

The cinema at this time was understood as an electric art, akin to X-rays, Lumia, and sonic energy. In this book, celebrated filmmaker and author R. Bruce Elder connects the dynamism that the cinema made an essential feature of the new artwork to the new science of electromagnetism.

Cubism he portrays as a movement on the cusp of the transition from the Cartesian world of standardized Cartesian coordinates and interchangeable machine parts to a Galvanic world of continuities and flows. Drawing on the ideas of Marshall McLuhan, Elder shows that Futurism, by way of contrast, embraced completely the emerging electromagnetic view of reality.

Cubism, and Futurism: Spiritual Machines and the Cinematic Effect examines the similarities and differences between the two movements’ engagement with the new science of energy and shows that the notion of energy made central to the new artwork by the cinema assumed a spiritual dimension, as the cinema itself came to be seen as a pneumatic machine. 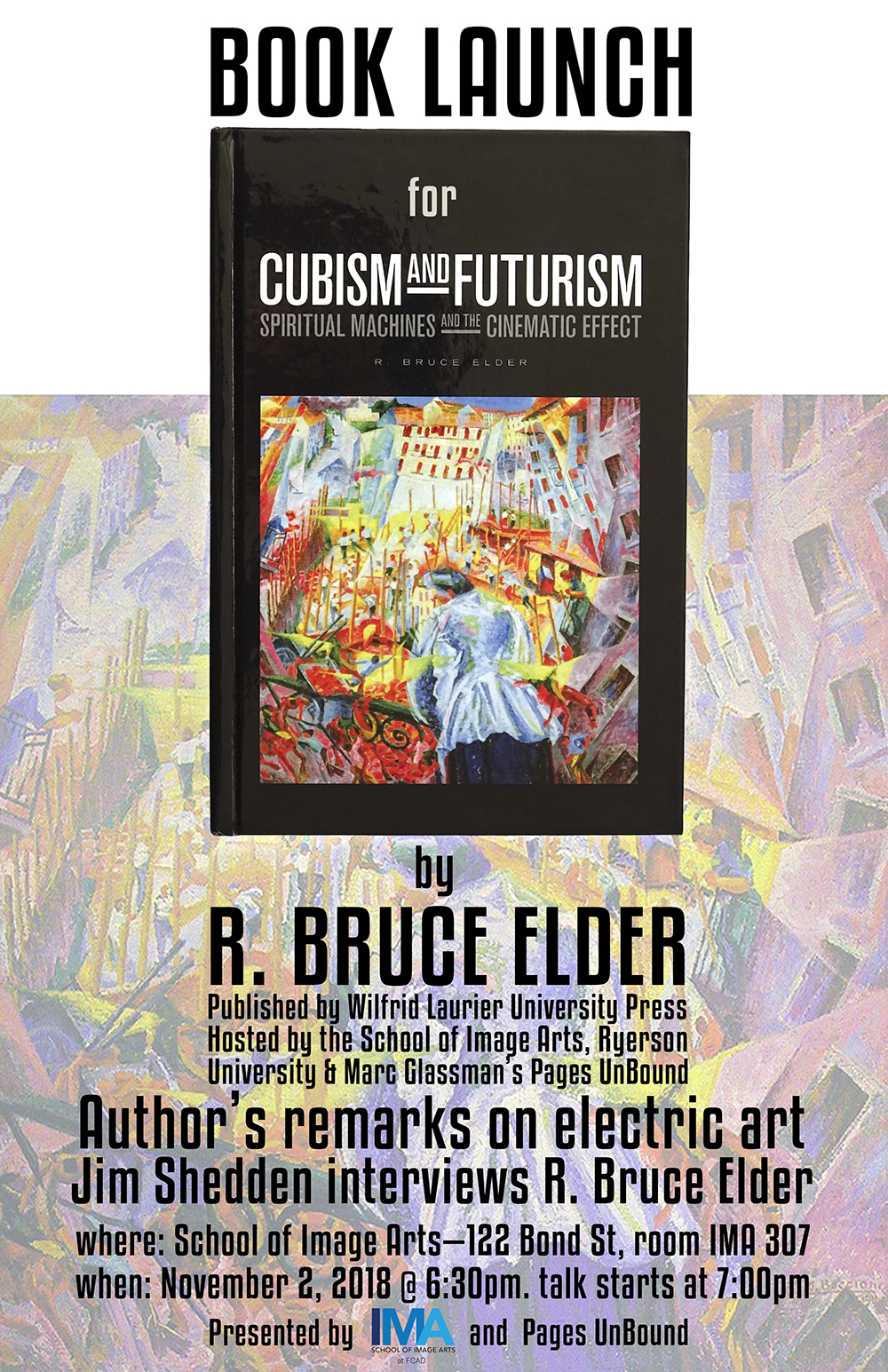