Stephen Broomer's recent film Brébeuf is slated for screening at the New York Film Festival's experimental sidebar, Views from the Avant-Garde, on Saturday, October 5, at 8:30 PM at the Lincoln Centre, New York. Now in its 17th year, Views from the Avant-Garde is one of the most significant forums for experimental cinema in the western world. Brébeuf, which was made at the purported site of the 1649 martyrdom of Jean de Brébeuf and Gabriel Lalemant in Huronia, is accompanied by a recording of the Huron Carol, written by Brébeuf and performed in the Iroquoian Wyandot language. 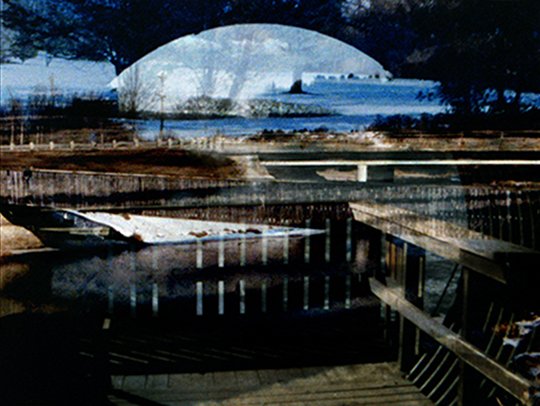 This upcoming accolade is not the only one for Broomer, whose film Pepper's Ghost was screened on Saturday, September 7, at the Art Gallery of Ontario as part of the prestigious Toronto International Film Festival (TIFF)'s Wavelengths program. The film is set in Broomer's office at 111 Gerrard Street East, where he conducts his research as the inaugural scholar-in-residence at Ryerson's Modern Literature and Culture Research Centre (MLCRC) in the Faculty of Arts. The film is set in two rooms, Stephen's office and the neighboring office, which are divided by a two-way mirror of the type used for observation studies in psychology. "I realized that I could create simple optical illusions in this mirror by playing with ceiling lights, gel filters, and curtains," says Stephen Broomer, who explains that "the mirror is thus transformed into a mysterious tunnel." Assisted by Toronto filmmakers Eva Kolcze and Cameron Moneo, Stephen used the camera to achieve this illusion, which allowed him to explore concepts of depth and the visual plane that have dominated mid-to-late-twentieth-century modern and postmodern art. 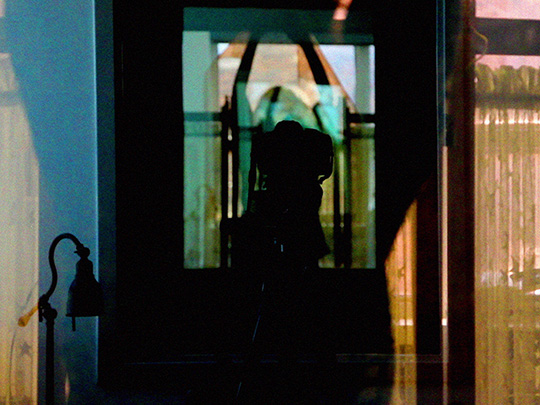 Ryerson film fans will be able to enjoy the films and meet the filmmaker at the MLCRC's Open House, September 18, 6:00-8:00 PM at 111 Gerrard Street E., the newly renovated MLC Research and Innovation Zone (RIZ), on the first floor. At the MLC RIZ, Broomer is also launching an avant-garde women's film series in the fall of 2013. All events are open and free of charge to the Ryerson community and the General Public.
"I am very excited," says Broomer, who is completing his doctoral dissertation in the Communication and Culture program at Ryerson. "The MLCRC provides a great resource for my creative practice," as Broomer explains. He adds: "There, I have also found a peer group that truly understands the vital junctures of art and scholarship."
Download Press Release
​View Stephen Broomer's Profile