The Rise and Fall of a Canadian Publishing Icon:
The Macmillan Company of Canada 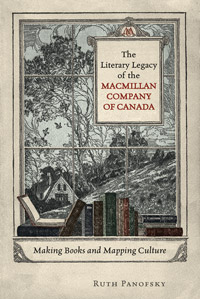 (Toronto, January 27, 2012). What shapes a national literary culture? Who are the power players that shaped the Canadian literary tradition throughout the twentieth century? Typically, writers, readers, and the critical establishment play a prominent role in such formations. However, for much of the twentieth century, Canada's literary culture and aesthetic were shaped not only by Canada's writers, readers, and critics, but by the publishers that offered these voices to the nation. This is the argument of The Literary Legacy of the Macmillan Company of Canada: Making Books and Mapping Culture,a new book by Ryerson English Professor Ruth Panofsky to be published by the University of Toronto Press this month. The book examines how one of the premier Canadian publishing houses established a formidable national publishing tradition.

During the fervently nationalist post-World War I years, the Macmillan Company of Canada was actively shaping Canadian culture alongside other prominent icons of Canadian national culture, Radio-Canada and the Canadian Broadcasting Corporation. Macmillan maintained a strong conviction to develop an audience for modern Canadian poetry and literature in an industry aptly described as a "perilous trade." In spite of great financial risk, Macmillan nurtured the works of enduring Canadian literary authors such as Mazo de la Roche, Grey Owl, Morley Callaghan, Robertson Davies, W.O. Mitchell, Adele Wiseman, and many more.

"This immensely engaging book, which reads like a good work of fiction, will be enjoyed by any general reader of Canadian literature," says Carl Spadoni, the Director of the William Ready Division of Archives and Research Collections at Mills Memorial Library, McMaster University, who read an advance copy of the book. 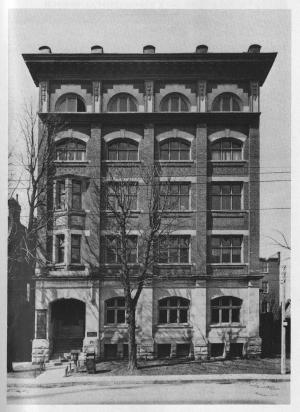 Ryerson University's Modern Literature and Culture Research Centre will host the launch of The Literary Legacy of the Macmillan Company of Canada on Monday, March 19th, 2012, at 111 Gerrard Street East. The evening features the author in conversation with Steven W. Beattie, a Toronto-based writer, reviewer, and literary blogger. Merely steps away from the Macmillan Company's original site on 70 Bond Street, Ruth Panofsky and Steven Beattie will discuss the implications of the Macmillan legacy today, and the current state of Canadian publishing: an industry undergoing profound shifts in light of e-publishing and global capitalism. A Q&A and a book signing will follow the conversation.

The event is free and open to the general public. Refreshments will be served.

For the catalogue description
http://www.utppublishing.com/The-Literary-Legacy-of-the-Macmillan-Company-of-Canada-Making-Books-and-Mapping-Culture.html

Ruth Panofsky is a professor of English and an MLC Research Associate at Ryerson University. She specializes in publishing history, author-publisher relations, textual scholarship, and modern Jewish women writers. She is the author of several books and the recipient of the Helen and Stan Vine Canadian Jewish Book Award for Poetry in 2008.

Steven W. Beattie is the book review editor of Quill & Quire, the magazine of the Canadian publishing industry. He is also a Toronto-based writer, critic, and founder of the popular literary blog, That Shakespearean Rag: Notes from a Literary Lad. He has been a juror for the Trillium Prize, in addition to appearing on Bravo! and CBC.

Established in 2006, the Modern Literature and Culture Research Centre is dedicated to studying the literary and cultural production of the modern era (from 1880 to 1940) with an emphasis on the relationship between avant-garde and popular cultures.

​View the image gallery of the book launch event hosted by the MLC Research Centre.