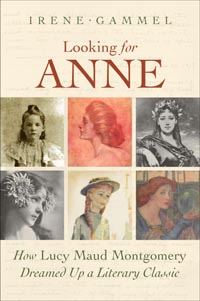 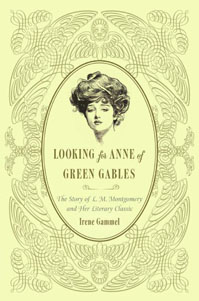 Looking for Anne: How Lucy Maud Montgomery Dreamed Up a Literary Classic

By any standards, Lucy Maud Montgomery’s Anne of Green Gables is a stunning success. Published in 1908 (and not once out of print), Anne has sold more than 50 million copies, been translated into more than 17 languages (including Braille), and become the focus of international conferences devoted to its interpretation. Anne has remained, as Matthew sings in the musical, “forever young,” no small feat for the spunky, in-your-face redhead who, in 2008, celebrates her 100th birthday!

But why Anne? How does Montgomery’s classic work pull so many international readers into the vortex of Anne’s freckled face and carrotty braids? How does this little book create such enduring interest around the world? The answer is far more intriguing than any story even Anne could have imagined. In her journal, Maud’s quick pen would froth up the tiniest details of her life into dramatic events, but that same pen never revealed a word about Anne until years later. As a result, the novel’s secrets have remained sealed for over a century.

Looking for Anne is the untold story of a literary classic and a writer who found inspiration in many places including the popular images of the era, such as beauty icons, fashion plates, and advertisements; a writer who quietly quarried her material from American mass market periodicals; who consciously imitated formula fiction to create marketable stories for juvenile periodicals, religious newspapers, and glamorous women’s magazines—and who ultimately, in the storm that brewed up the novel, also transcended these influences to create a twentieth-century literary classic that would conquer the world.

Blending biography with cultural history, penetrating and uncensored, this is the definitive book on Anne of Green Gables. Looking for Anne captures both the spirit of Marilla’s critical probing for “bald facts” and Anne’s belief in the infinite power of the imagination. It is a must-read for anyone who has ever fallen under the spell of Anne with an “e.”

Praise for Looking for Anne

To celebrate Anne’s centennial, there are two new reissues of the original book, yearlong celebrations on Prince Edward Island (where the story is set) and, for those who can’t get enough, two prequels. Perhaps the most interesting addition, however, is Irene Gammel’s “Looking for Anne of Green Gables,” a well-researched... dual biography of Anne and her creator. Much has been written about Anne’s enduring appeal, by academics and critics debating her proto-feminist status or unpacking her influence on children’s literature. Less known is her genesis, and it’s this “perfect storm of inspiration” reconstructed by Gammel.
— New York Times Review (click here for the full review, "Chick-Lit Pioneer")

Irene Gammel is the Canada Research Chair in Modern Literature and Culture at Ryerson University in Toronto. In addition to numerous works on Montgomery, in 2002 she published the biography Baroness Elsa, which sold internationally, was critically acclaimed, and was selected as one of the Top 25 Books of the Year by The Village Voice.