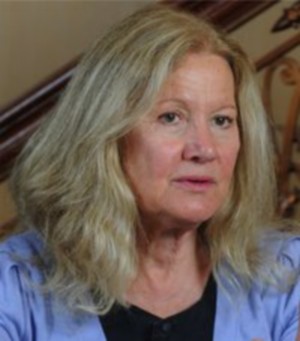 The earth’s reflection first seen from the moon (in images mediated by groundbreaking technologies) provided a unity of vision, anticipating the utopian goal of the global. But on earth, humanity is still a body-in-pieces. Modernity’s hoped-for “family of man” remains a cacophony of cultural differences and clashing civilizations. Earth’s blue planet is the sacrificial offering to competing deities of economic growth. The disrupting forces of the present puts pressure on the past, scattering pieces of it forward into unanticipated locations. No one owns these pieces.

To think so is to allow categories of private property to intrude into a commonly shared terrain wherein the laws of exclusionary inheritance do not apply. A global transformation in the collective imagination calls for History in a Communist Mode. The lecture provides exemplary cases of a communist inheritance of the past in regard to recent practices and histories of art.

Susan Buck-Morss at the MLC Lecture Series 2010-11 from MLC on Vimeo.

Susan Buck-Morss is Professor of Political Philosophy and Social Theory in the Department of Government, and a member of the graduate fields of German Studies and History of Art at Cornell University. The recipient of prestigious awards, she is the author of seminal studies in literary theory, visual culture, philosophy and political thought, including The Origin of Negative Dialectics: Theodor W. Adorno, Walter Benjamin and the Frankfurt Institute, The Dialectics of Seeing: Walter Benjamin and the Arcades Project, and most recently, Hegel, Haiti, and Universal History.

The lecture is part of the MLC Lecture Series 2010-2011 and sponsored by the Canada Research Chairs program.

Click here to see more photos of the lecture.