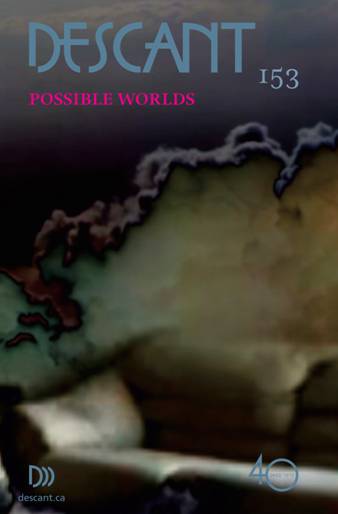 The Descant 40th Anniversary readings took place Wednesday June 29th in the Brigatine Room at the Harbourfront Centre, in front of a full house of inspired supporters. First published in 1970, Descant is a quarterly journal 'publishing new and established contemporary writers and visual artists from Canada and around the world.' Gallerist Olga Korper thanked editor-in-chief Karen Mulhallen with a heartfelt tribute, describing Descant as a collection of 'thought-things'; these are 'ideas that are collected, treasured and revisited over the course of one's life.'

Hosted by journalist Ian Brown, the event featured readings by Pasha Malla, K.V. Skene, and Barbara Schott among others. Canadian poet bill bissett read 'i try 2 think uv sumthing nu' and 'asylum,' and engaged in what can be described as throat singing at the end of the latter poem. Novelist Steven Heighton read from his story 'Nearing the Sea- Superior' which elegantly unfurled the collapse of a relationship between two perilously contrasting personalities. Currents of metaphor flowed through Heighton's narrative and gave it a fluid yet aching tone.

Descant continues to fuel and excite Toronto's literary community. The audience was moved by the readings, and presenters clearly spoke from the heart; many of them addressed Karen Mulhallen who sat at stage left, beaming. 'Karen has been a brilliantly inspiring force in the editing and publishing of Descant for four proud decades,' says Irene Gammel, a professor of English at Ryerson. We owe our thanks to the fiery contribution that Descant and Karen Mulhallen have made in supporting Canadian writers and artists for the past four decades. Karen Mulhallen, who is also a Research Associate at the MLC, summed up the magic of Descant best, as she put it: 'Great writing just burns.'