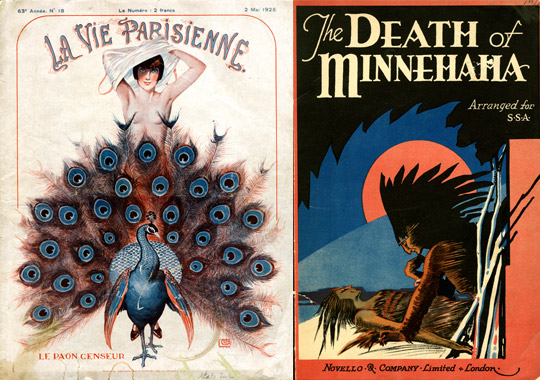 Dr. Karen Mulhallen has donated original copies of two intriguing periodicals, The Death of Minnehaha (1935) and La Vie Parisienne (May 1925), which will be housed in the Karen Mulhallen Modernism Collection at the Modern Literature and Culture Research Centre.

In print since 1863, La Vie Parisienne began as a "guide to the privileged social and artistic life" in Paris, but quickly evolved into a "mildly risqué publication" peppered with artistic renderings of chic — but scantily clad — women. This particular issue, from May 2, 1925, features a peacock artfully censoring the body of a nude woman. As Valerie Steele writes in her article "The Corset: Fashion and Eroticism," La Vie Parisienne was "almost always seen through the lens of heterosexual male erotic fantasies," and this issue is no exception. Steele calls La Vie Parisienne the "nineteenth-century equivalent of Playboy" and argues that it is "useful precisely because it provides a highly sexualized and often satirical view of fashion — from the male perspective." This copy features artwork by Vald'Es, M. Milliere, G. Pavis, Henri Avelot, and Georges Leonnec.

Samuel Coleridge-Taylor's choral and orchestral interpretation of H.W. Longfellow's "Song of Hiawatha" was published by Novello, and according to an 1899 story in The Musical Time, "The Death of Minnehaha" was "too well known to require any further description." One year later, a Musical Times staff member wrote of his experience as an audience member in the production of "The Death of Minnehaha": "the pent-up feeling of the deeply moved audience relieved itself in such cheers and shouts of approbation as must have warmed and gladdened the heart of the composer and, if we may incidentally say so, also those who for some years past have hailed the young Anglo-African as the coming man in music." The popularity and enthusiasm associated with this piece of music during the late nineteenth and early twentieth century means that it will hold a special place at the Modern Literature and Culture Centre--as it also invites our critical engagement for its representations of race and gender.

Scholars and students alike will greatly benefit from this donation to the MLCRC. To donate original materials from the modernist era (1880 - 1940), or to conduct a research project on our holdings, please contact me at the MLCRC. 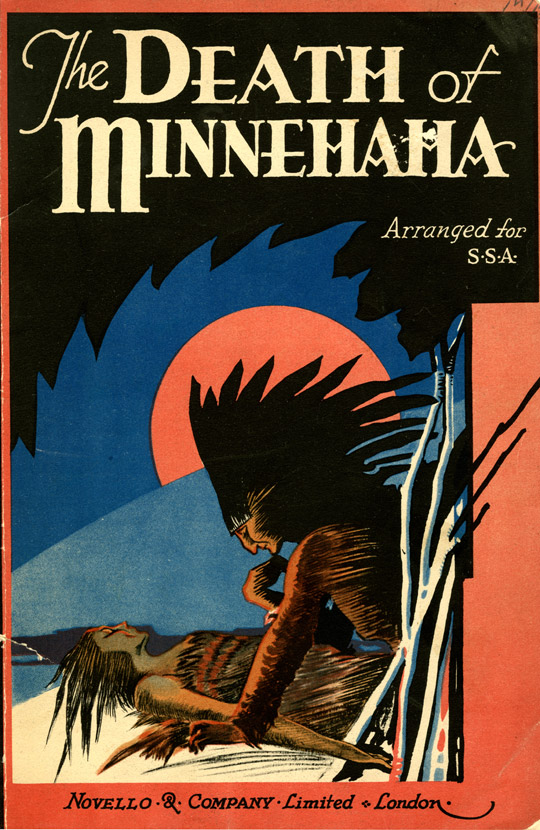 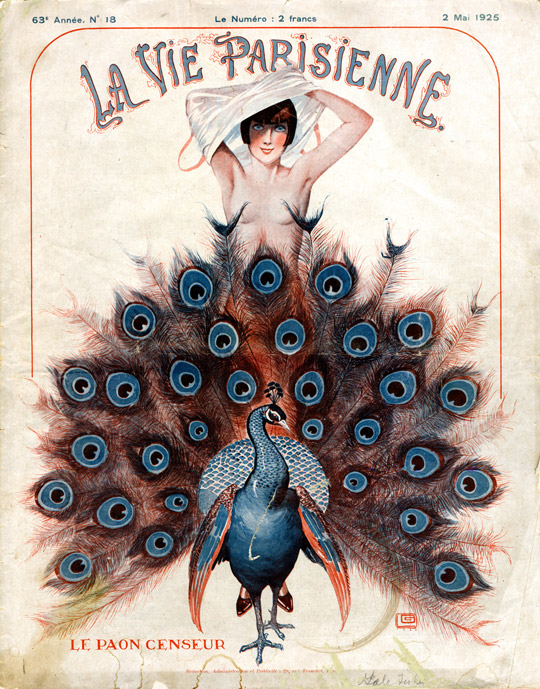 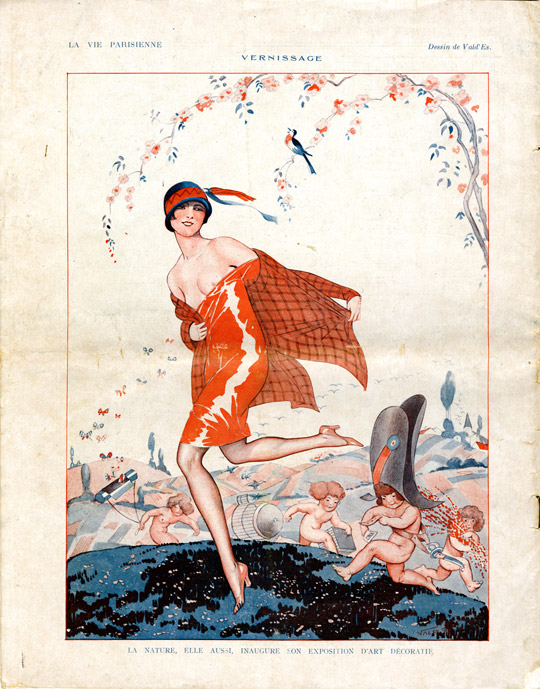