Dada was born 100 years ago and with it came a radical revolution in visual art, performance, music and literature that shattered Victorian ideals as modernism took hold of the twentieth century and the devastating casualties of the First World War continued to rise.

Hugo Ball, co-founder of the Dada movement, released his manifesto on July 14, 1916 in one word: Dada. “An international word. Just a word, and the word a movement,” he explained. 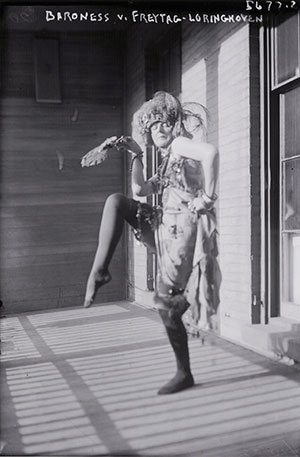 As part of their coverage on the Dada centenary, several art critics at the New York Times revisit the beginnings of the movement, “something like the Big Bang of Modernism,” and track its lasting global influence in “Dada Was Born 100 Years Ago: So What?” One critic, Holland Cotter, highlights Dr. Irene Gammel's extensive work on the Dada movement, New York Dada, and the Baroness Elsa von Freytag-Loringhoven. Included in the article are references to her books Baroness Elsa and Body Sweats.

Cotter describes the Baroness as a groundbreaking performance artist and “proto-Dada star” who “demolished boundaries, between genders, between art and fashion, art and politics, public and private.”

The 21st-century art world, with its big rents and prosaic thoughts, has no place for her, though a few people have been paying attention. In 2002, Irene Gammel produced a fabulous critical biography, and the art historian Francis M. Naumann organized a solo show of her assemblages. A volume of her stunning, maddening poetry, way ahead of its time even though marred by the prejudices of its day, has since appeared. But what we could really use, this presidential election year, is her physical presence. She could be our Dada candidate, a one-person campaign: anarchic, border-breaching, outshouting the loudest shouter, putting patriarchy where it belongs, underfoot. 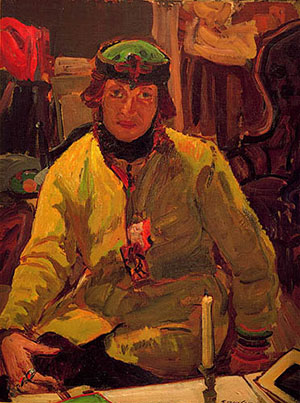 Read the full article at the New York Times.