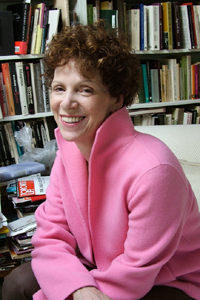 Ryerson University professor Marta Braun has an M. A. in Media Studies from SUNY Buffalo. She is the author of the acclaimed book Picturing Time: the Work of Etienne-Jules Marey (1830-1904) (Chicago: University of Chicago Press, 1992), which was shortlisted for Britain's Kraszna-Krausz award, a prize given bi-annually for the best internationally published book in photography. She won this award in 1999, along with four other authors, for the collection of essays Beauty of Another Order: Photography in Science. Professor Braun was made a Knight of the Order of Academic Palms by the Government of France in 1996 in recognition of her contributions. She is currently working on the SSHRC funded history of early film in Ontario with Professor C. Keil, University of Toronto, and on the preservation of digital records as a research member of InterPARES, a SSHRC MCRI project. Her exploration of early-twentieth-century film including Canadian film intersects with the research focus at the Modern Literature and Culture Research Centre.