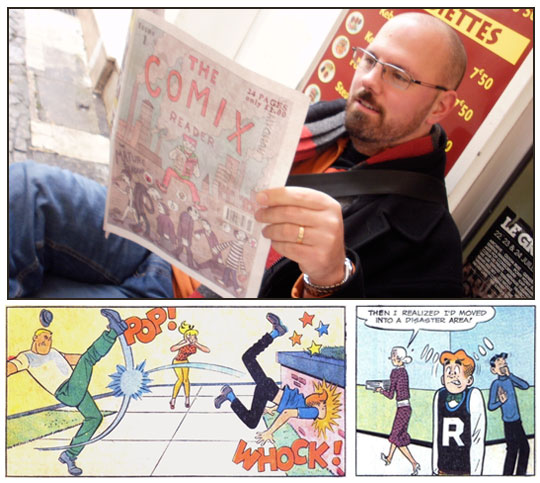 Now in his seventies, the iconic comics figure Archie Andrews remains surprisingly young, enjoying unabated popularity. The series, which is still running, has evolved with the times, most recently introducing a gay character alongside its perennially-teenage protagonist. Over the years, Archie Comics Publications has diversified into numerous different series, some focusing on secondary characters from the stories, such as Betty and Veronica and Jughead's Jokes. Today, the world of Riverdale retains its pop-culture appeal: Lena Dunham, best known as the writer and star for her series Girls, is writing new storylines for Archie Comics, and Fox is developing a TV series based on the comics.

Like Anne Shirley of Green Gables fame, Archie is endowed with a glorious head of red hair. He is the object of affection for Betty Cooper and Veronica Lodge, who both want him as their boyfriend, best friend to Jughead Jones, and often-rival to Reggie Mantle. Archie is a far cry from the traditional superhero figure that dominates American comics. Although Archie, like Batman and Superman, is the product of the Second World War, created in 1941 by Bob Montana, he has no special powers. Archie and the gang live, not in a large metropolis, but in Riverdale, a generic Midwestern town.

The secret to Archie’s enduring success? According to Bart Beaty, a comics scholar at the University of Calgary and author of Twelve-Cent Archie (forthcoming from Rutgers University Press in February 2015), it is his very ordinariness that makes him great. However, this ordinariness has also made him an overlooked figure in scholarship: "In my experience scholars tend to look for the examples of ‘greatness’ in works, and what I discovered was that there are different forms of ‘greatness’ in comics that we might otherwise write off as unremarkable,” he explains. In fact, when Beaty first proposed this book, his plan was to write about "worthless” culture; what he found when he began to work on the comics themselves surprised him.

"What was most exciting for me was the realization that I was entirely wrong with my preconceptions and that there was a great deal more going on in these comics than I would have ever guessed.” As he read, Beaty discovered that Archie Comics ran the gamut from very straightforward romance tales to highly original meta-commentaries on the conventions of comics themselves.

The character’s very ordinary quality required a new kind of scholarly book; as Beaty describes it, "Archie isn’t Proust – the Archie Comics have very little depth, they are all breadth.”  Teasing out the hidden subtexts at first seemed extremely difficult. Yet what Beaty quickly came to realize was that the most interesting thing - formally - about Archie Comics is that the episodes are short (usually under six pages). "No story continues another story, each story could be the first one, or the last one. This struck me as a good way to model the book - short chapters that are not arranged chronologically.” Beaty wanted the book subtly to resemble an Archie Digest - a collection of closely linked pieces that build to a larger point.

The chapters range from about eight pages at the longest to two sentences at the shortest. As Beaty explains, "I don’t think that the book needs to be read in order from front to back either, although there is some deliberation that went into the ordering of the chapters.” The result is a tour de force, a book of 99 chapters, titled like episodes of the comics themselves: "The Archie Archive,” "Archie the Klutz” and "Who Cut Veronica’s Hair?” The final chapter reads, "Archie and Me.”
"Archie Andrews has legions of fans and these discoveries are bound to interest many readers and aficionados,” says Dr. Irene Gammel, professor of English and director of Ryerson’s Modern Literature and Culture Research Centre. "Ryerson is known for advancing comics studies as an academic discipline and engaging these new findings contributes to that large-scale effort.”

Bart Beaty will speak about his discoveries on comics figure Archie at the Modern Literature and Culture Research Centre, Monday, December 8, 5-7 PM. The event is free of charge and open to the general public. Refreshments will be served.
For more information about the event, contact bpostema@ryerson.ca.

Beaty’s book Twelve-Cent Archie will be published early next year by Rutger's University Press. Bart Beaty is a professor at the University of Calgary, in the Department of English. A renowned comics scholar, he has written several books, including Fredric Wertham and Critique of Mass Culture, Unpopular Culture: Transforming the European Comic Book in the 1990s, and Comics Versus Art.

This event is hosted by the Modern Literature and Culture Research Centre and sponsored by the English Department and the Faculty of Arts through a Special Events Grant. 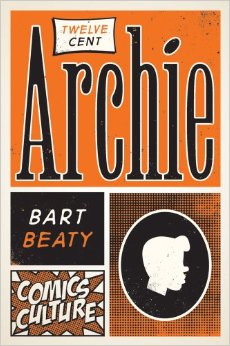